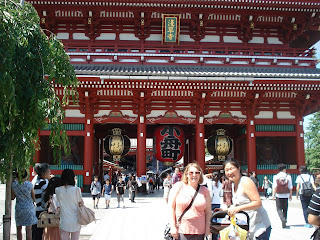 I just got back from this years big vacation, a once in a life time trip to Tokyo, Japan.  I spent an amazing two weeks exploring Tokyo and the surrounding area with my very good friend and her two children.  My friend, Marcia had been an exchange student living with a family in Tokyo when she was in college, she has remained very close with her host family.  Her host family has made several trips to Oregon over the past few years and so I've been able to get to know them as well, so when Marcia told me she was taking her two boys to Japan for a few weeks, I jumped at the chance to tag along.

Japan was an amazing experience, and nothing like I imagined.  I assumed that Tokyo being such a large city would be crowed, noisy, & dirty.  It was actually none of these things there were times & places that were crowed but not uncomfortably so, it was never very noisy, and it was super clean. 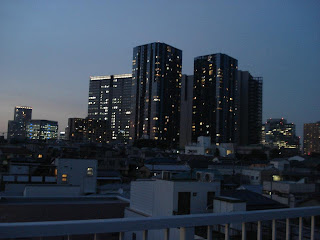 The family we stayed with lived in the Ohsaki area of Tokyo, they have a small house with a roof top patio, with a very nice skyline view of the district.  The weather was beautiful for most of the trip, there was just one rainy afternoon, when a Typhoon was approaching.  Otherwise it was sunny and in the upper 70's.

I was a little worried about traveling to a country where I did not know the language at all.  But I did not really have any problems.  While not very many people spoke English, a lot of the signs were either in English or had the Japanese words spelled out using the western alphabet. Luckily every restaurant we went to had pictures in the menu, so I had no troubles ordering. We ate some amazing food!  The Japanese people in general eat a huge amount of food, and several times a day.  It was crazy to see the serving sizes that we were given, and almost all meals also came with a bowl of rice AND a bowl of ramen soup.  After the first few days I had to explain to our host mom that I could not eat this much food it was making me sick, and after that she helped me find the smaller children portions.  My favorite thing we ate was Japanese Beef Curry, it was sweeter and more mild then middle eastern curry.  The weirdest thing we ate was coffee jello. 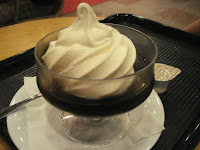 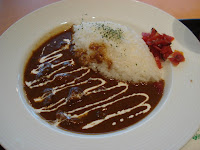 We did a lot of shopping, hitting the majority of major shopping areas in Tokyo.  My suitcase departed Japan almost twice as heavy as when it arrived. We also, traveled to Kamakura which is about 31 miles south of Tokyo and was the former capital of Japan during the 12th century.  We visited a few Buddhist temples and Shinto shrines, and also visited one of the last Bamboo forests in Japan.  It was here that we also tried freshly made rice crackers.

One of our last big adventures was visiting Disneyland Tokyo.  I have never been to any of the Disneyland resorts, so I was extremely excited to go.  It was very fun, and it was also interesting how they built the park catered to what Disney movies were popular with the Japanese .

It was a wonderful trip and I am hoping that I will be able to revisit one day and explore the rest of Japan.

Posted by Marston Girls at 12:43 PM No comments:

Spring has brought a lot of changes for me in Portland.  In March my landlord announced that he was looking at doing a few remodeling projects and then would be selling our house.  So as the rain poured and the wind blew a bathroom was added to our upstairs, new front & back doors were put in, and our beautiful vegetable gardens were removed.

My roommate Corey and I search through rental ads, touring rental properties, & drove around looking for rental signs.  It is not a good time to be a renter in need of a new home in Oregon, I've heard that there is only a 2% vacancy rate.  I would see a posting for a rental & call in the same hour that it was posted only to be told that the home had already been rented.  We also toured some very interesting homes, one was advertized as having a unique floorplan; it had 2 kitchens, one with a sink & dishwasher and one with a stove & refrigerator.  The first kitchen was on the ground floor, the second was downstairs but you had to go outside to get to the stairs that led downstairs.  Oh the joy of being a renter.

We were able to find a nice small house, just in the nick of time.  We actually had to be out of our old home on Friday night and were not able to move into the new house until Saturday morning.  So all of our posessions were stacked in a garage & a UHaul sitting if front of a friends house.

Its a good house, which needs a good scrub and some polish.  The yard needs some care (a few sunny days to allow us to pull weeds), we are slowly working on establishing a vegtable garden and sorting out what is a weed and what is a poorly taken care of plant.  The neighbors are nice, a younger crowd then the old neighborhood but sill established homeowners mixed in with college aged renters (the house is just 2 blocks from a university campus).

Its a new chapter for my life in Portland...

Tiah
Posted by Marston Girls at 2:21 PM No comments:

2011 was a pretty normal year for the Marston Girls, no major mishaps or life changing decissions having to be made. None of us left the country or changed jobs but all around we had a nice quite year.

I was not quite sucessful with my 2011 new years resolution - 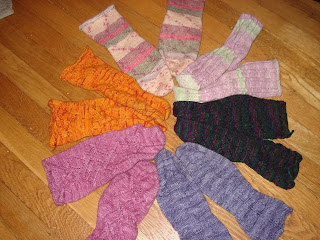 I did manage to knit a sock a month all year and was able to now have 6 pairs of handknit socks to wear this winter. I am quite proud of this.

I did not manage to read 52 books this year, although I did come close, but a book a week was just not possible. I was able to read a number of books, which I truly enjoyed across different genres. But I think my favorite book that I read this year was 24 Charing Cross Road by Helene Hanff. The book was a collection of letters written between Miss Hanff and an employee of a used bookstore in London in the years right after World War II.

I hope everyone had a wondful year and I hope 2012 is a nice beautiful year...

Tiah
Posted by Marston Girls at 12:42 PM No comments:

Marston Girls
This blog is about three sisters!

We usually have busy lives but we do like to keep in touch with our family and let them know what we've been up to. This is our way of allowing those we love but are not able to see all the time be apart of our lives. And we are thinking about all of you!

What We Are Reading